While the sisters have been making music together for years, their first full-length album, KIN, dropped less than a year ago, and since then the two have been making waves at festivals and as openers for established artists.

As the sun lazed its way into the Spree, Larkin Poe laid down a vibing mix of indie and blues rock with infusions of jazz, funk and Southern soul. Vocal powerhouse Rebecca nailed the high notes with the occasional raw snarl, while Megan filled out the harmonies with a deeper, smooth grounding. There’s something so unique about siblings singing together – perhaps the innate physiological similarities of the vocal structures enable the dovetailing to reach a more sublime level. If we’re talking other sister acts, think First Aid Kit’s Americana feeling – except via Atlanta rather than Stockholm – with a bit of Veronicas rockstar glamour thrown in.

I’ll be keeping an eye on this duo for sure! After a round of tour dates in the UK and throughout Europe, they’ll be back in Germany for one gig in Hamburg at the end of July before heading home to the ATL. 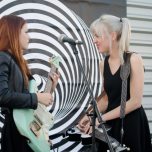 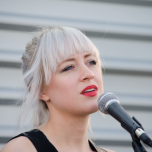 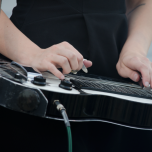 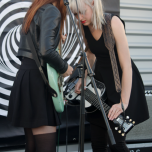