I was particularly excited to catch this film at the 2013 Berlinale. Joseph Gordon-Levitt frequently delivers layered, complex, thought-provoking performances, and this project was no exception. The film was frank, real and unabashed. This film and Gordon-Levitt’s role are perhaps perfect counterparts to Michael Fassbender’s performance in the 2011 film “Shame.” Like Fassbender’s character, “Don Jon” has a sexual addiction. Unlike the wrenching sadness and self-loathing permeating “Shame,” “Don Jon’s Addiction” tackles the theme with irrepressible cheer, humor and surprising beauty.

On a technical front, I found that the film achieved masterful effectiveness in simplicity. Bold and vibrant, forceful and apparently uncomplicated, a sequence of recurring shots, predictably repeated at points throughout the movie, served to drive home the thoroughly formed habits of the character. A cloud in a bright blue sky passing above his church as he hurries inside to confession, the ritualized words, Don Jon striding along the same hallway with a vending machine and an open door to a basketball court as he heads to the weights room at his gym, a bird’s-eye bedroom shot as he airs and straightens his bedding every morning. These shots are subverted with a shift of perspective or a different turning when he starts to truly change—not under the demands of his girlfriend, but in a mutual evolution of desire with Esther.

The humor of the film is hard to define, but it is startlingly, irresistibly funny—whether the deadpan first-person narration describing Don Jon’s sexual habits and philosophy, his quirky, dysfunctional family dynamics, or simply hysterical gag moments like his trademark crumpled cleanup tissues or his expression of pained disgust on realizing that all his pants have semen stains resulting from his girlfriend’s initial refusal to have sex, stringing him along with hallway frottage sessions for a month or so.

In any case, this film genuinely shines with a unique storyline and fearless, all-in acting with heart. Definitely catch this one in 2013! 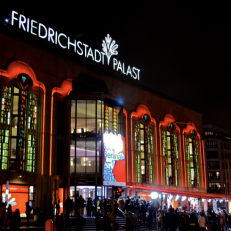